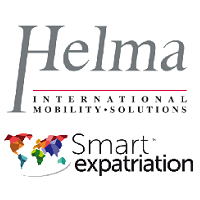 UK has officialy left the EU since February 1st, 2020. The terms of the future relationship between UK and France, and more widely, between UK and UE are still under negotiations. Until December 31st 2020 we are in a transition period and British citizens (and the members of their family) still have all their rights in France. Please note that the freedom of movement is currently impacted by the Covid-19 …Lire la suite

China New Immigration System Comes into Effect on Nov. 1st. 2016 China has announced implementation of a new immigration system for foreign nationals recently. 10 Chinese regions on trial since Nov. 1st 2016 The new integrated system will formally replace the current system nationwide April 1st. 2017, but it will be launched on a trial basis on November 1 of this year in Beijing, Shanghai, Guangdong, Hebei, Tianjin, Anhui, Shandong, …Lire la suite

The texts of law for the implementation of the immigration law have been issued October 28th and published in the “Journal Officiel” on October 30th. They are meant to be applicable starting with November 1st, however following discussions with certain Consulates of France (of which Bangalore), their administrations are not yet ready to apply the texts and delays may result of the transition period that is to follow. Here below, …Lire la suite